Kandid Memories
Walker had his Academic Ceremony today. This year makes 8 consecutive years he’s qualified!!! We are so proud of his hard work!!! <3 <3
That’s no small accomplishment! He carried a heavy academic load again this year and has been able to manage his responsibilities. 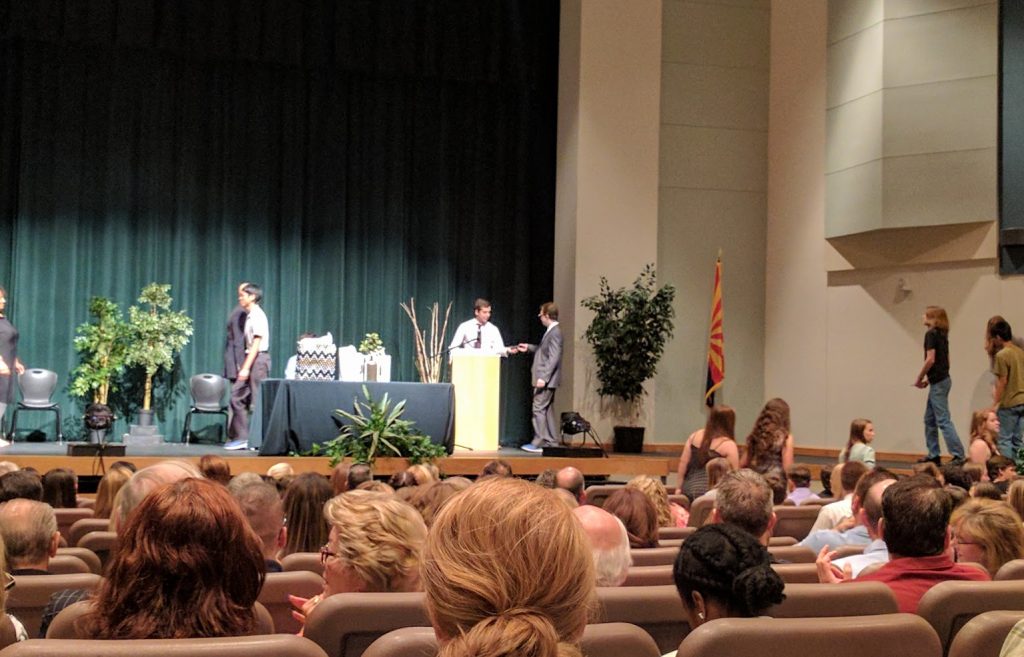 Walker went up to the stage and Jared and I were all ready with a big cheer and a woot woot and then the person reading the name cards said, “Chase Williams.”
Jared and I were shocked and didn’t realize what was happening until it was too late. The little stinker and his BFF Chase switched name cards, handed the incorrect name to the announcer, and oh so calm and cool sauntered across the stage thinking to himself he’s the funniest guy in the room!!! Hahahaha!!!!
And then Chase did the same thing and the announcer read, “Walker Kitch.”
They were worried their little trick might not work because the announcer knew Chase, but I think he was just too nervous to do anything but read the name that was handed to him! 😛 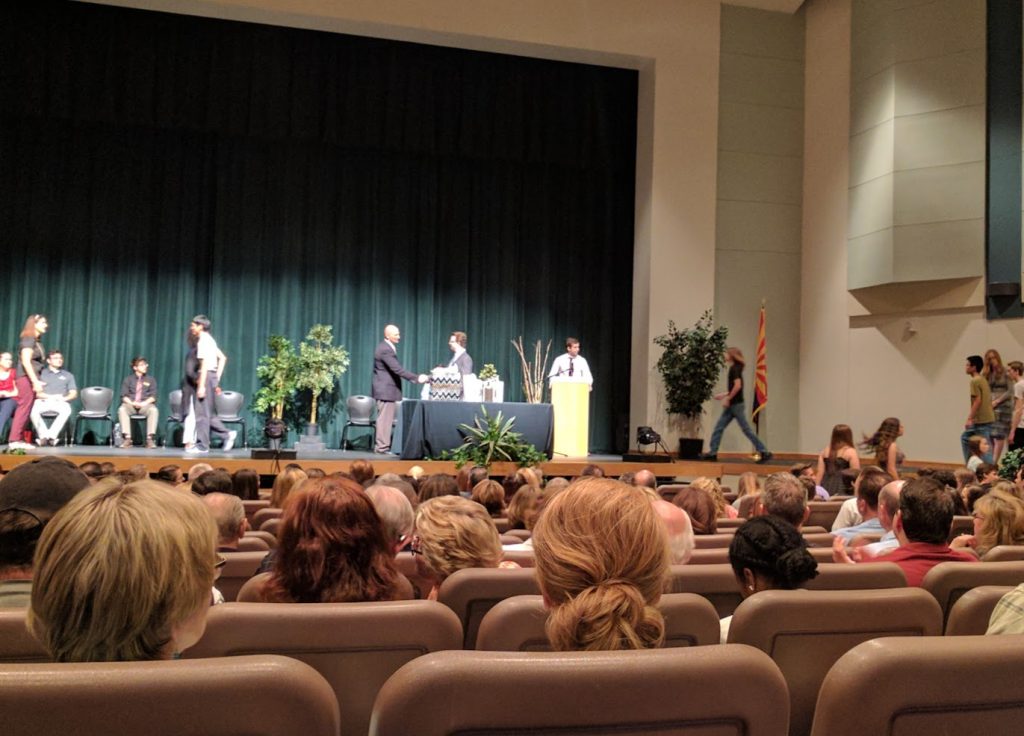 Meanwhile, Jared and I, Chase’s parents and the students were all doing a double take and then laughing along with him!! What a prankster!!!!
Or as Walker would like me to call it….a shenaniganizer! 😛 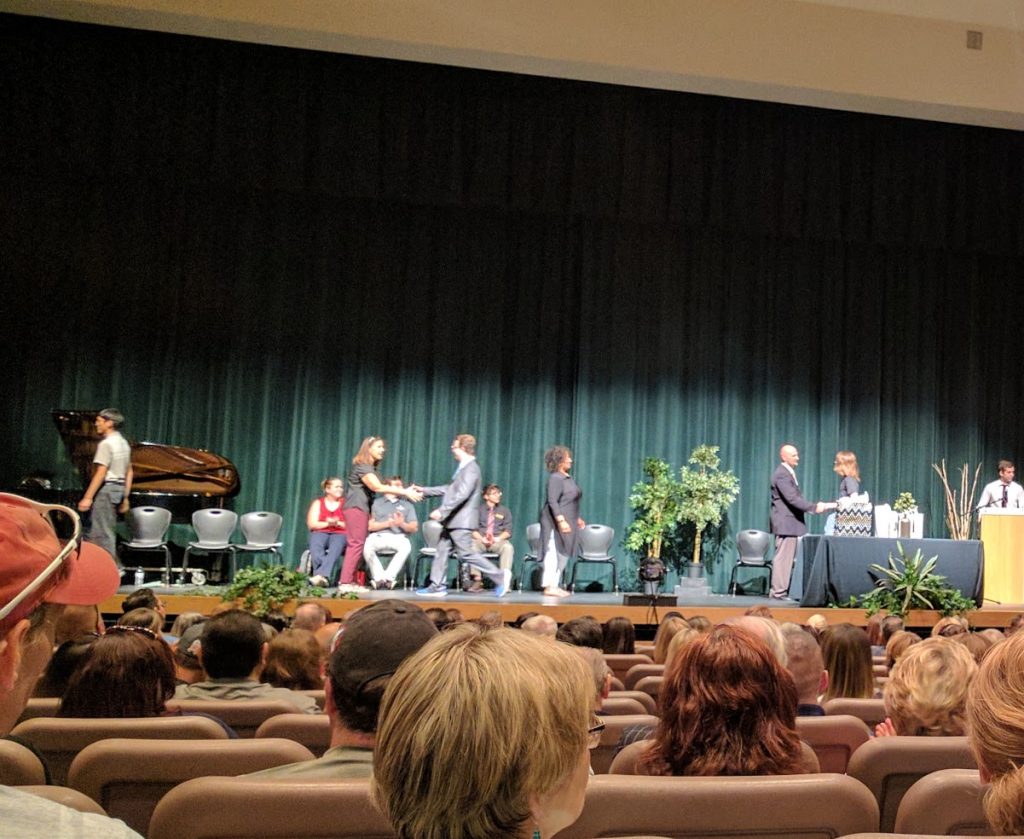 He’s such a crack up!!! The whole time I kept saying, “I can’t believe he did that that little turkey!!!” LOL!!!
But that’s what High School is for…to have fun…and to play tricks on your parents! 😛 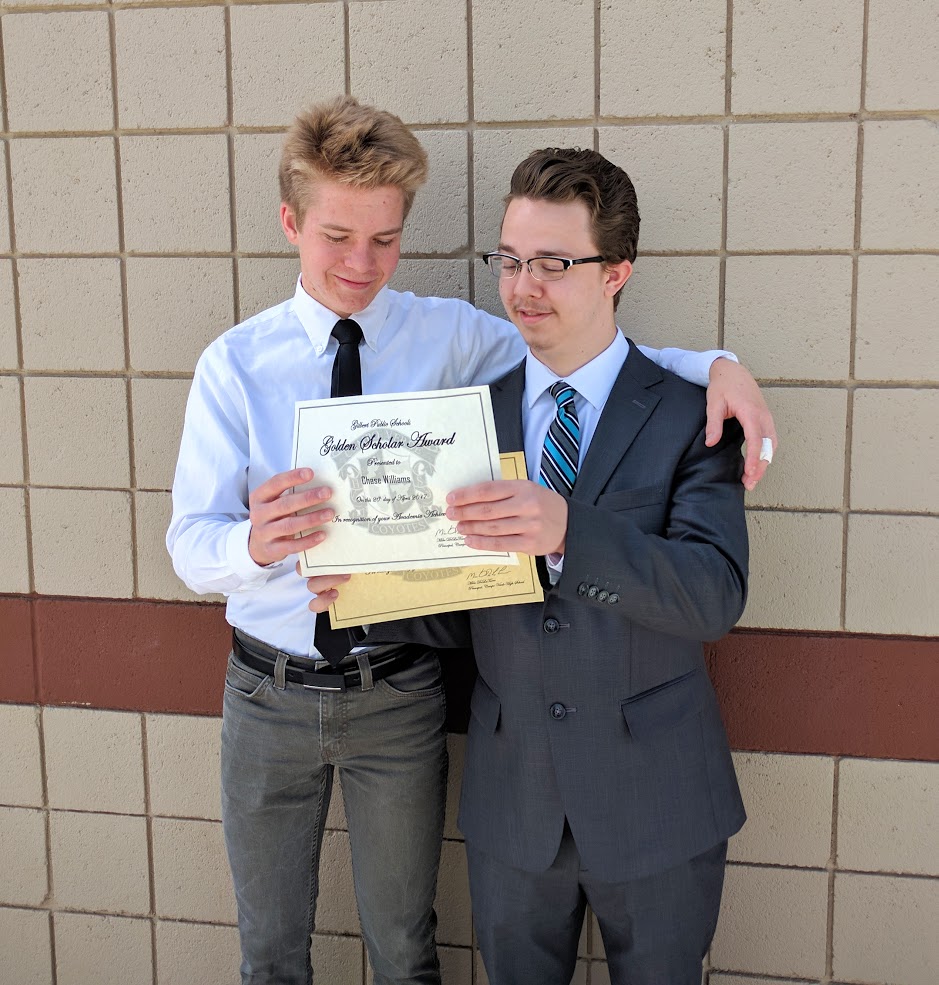 We of course had to get some funny pics of them switching certificates too! 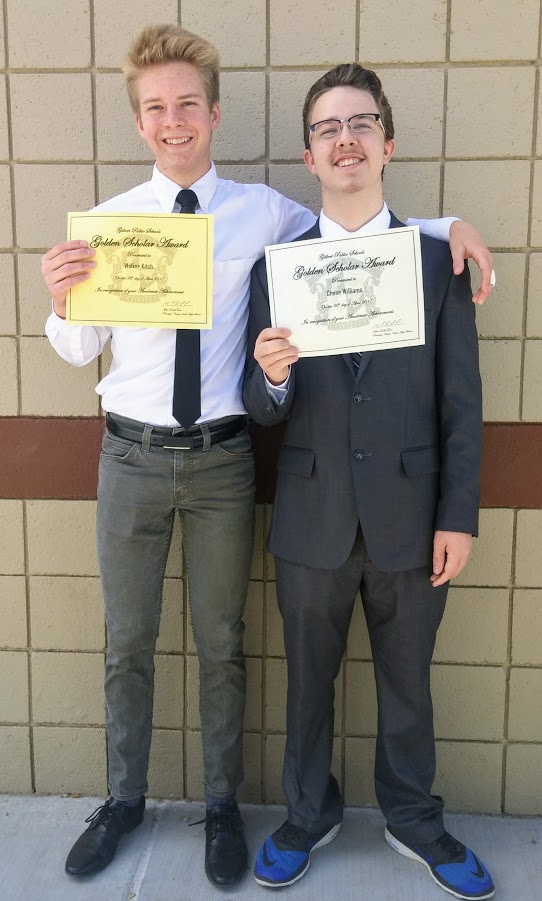 These boys have been BFF’s since they were barely able to walk. They met in the Nursery in our church when they were just 18 months old! 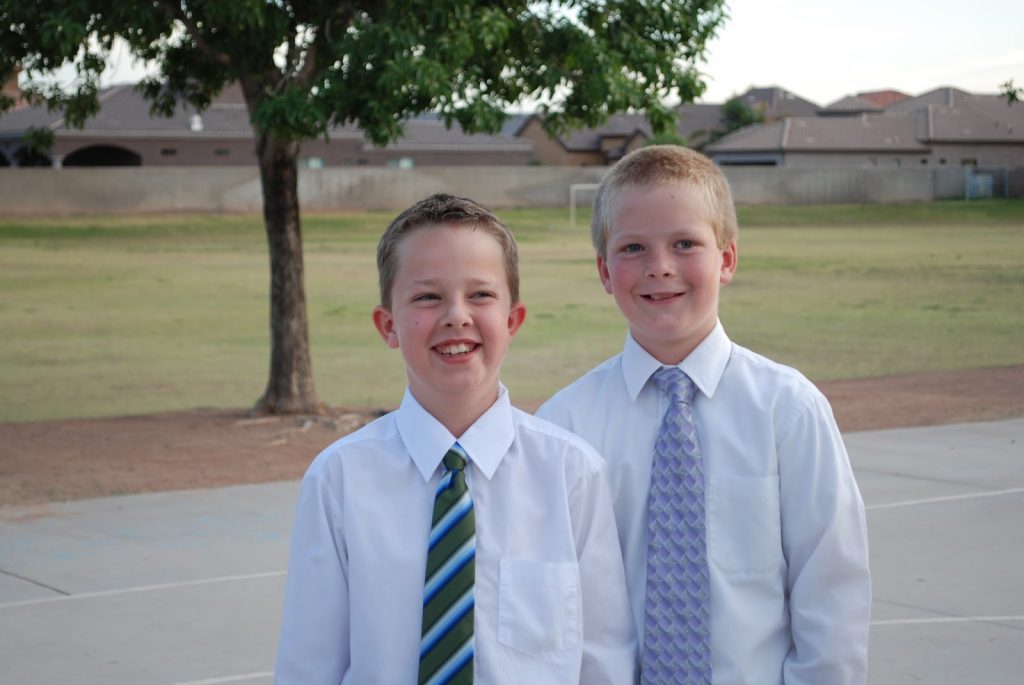 This picture was taken their 2nd year of Golden Scholars when they were in the 5th grade. I’m not sure why we don’t have their 4th grade pic together?? Every year they have made it! Boy they sure have grown up!!!!!! <3 Next year they will be Seniors! It’s really hard to think about that just yet… 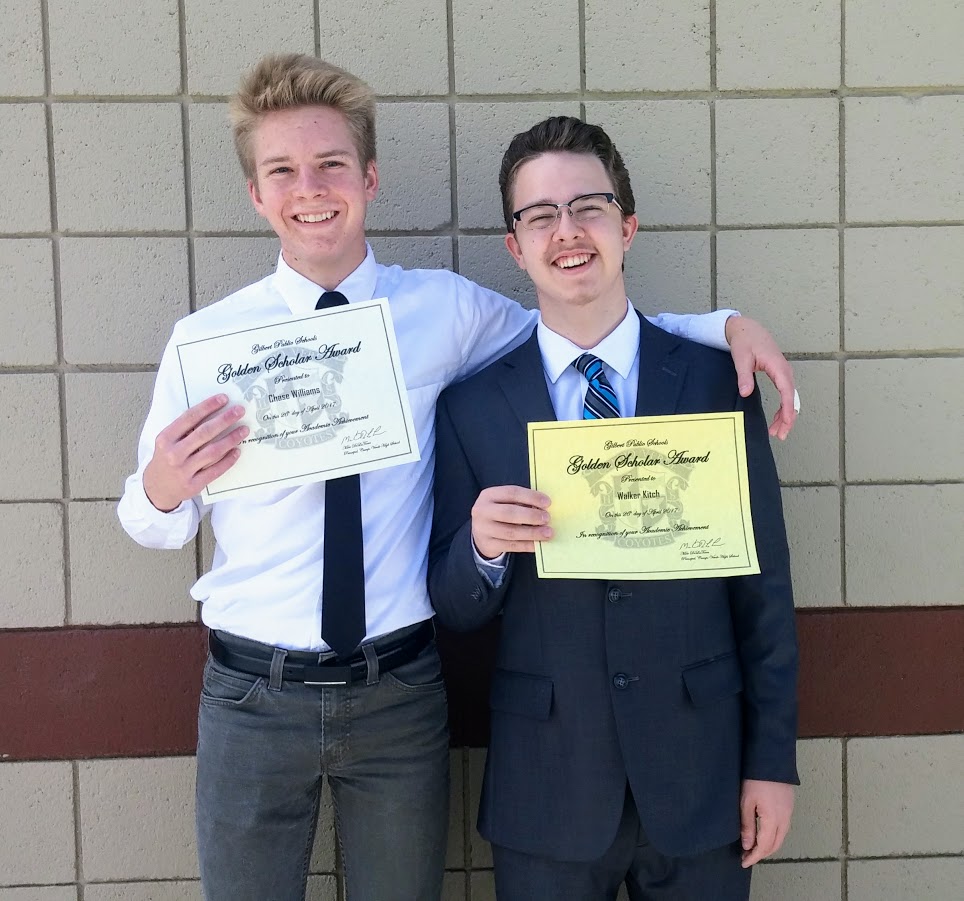 Ok this is better….everyone is straightened out now. 😉 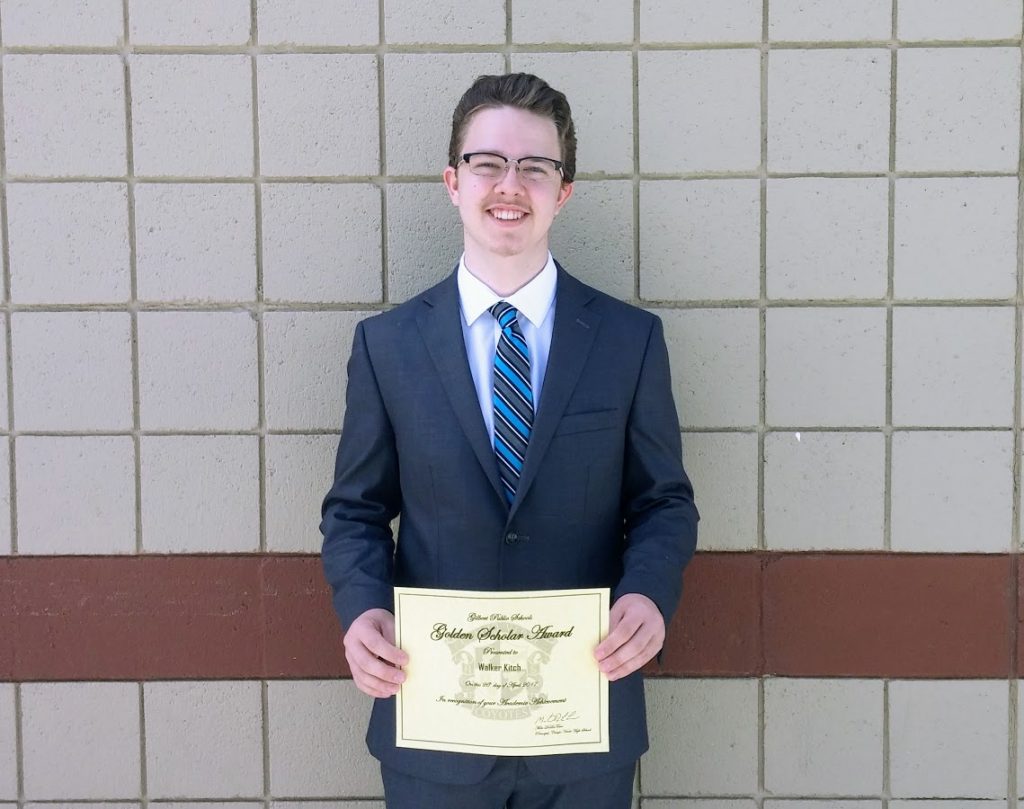 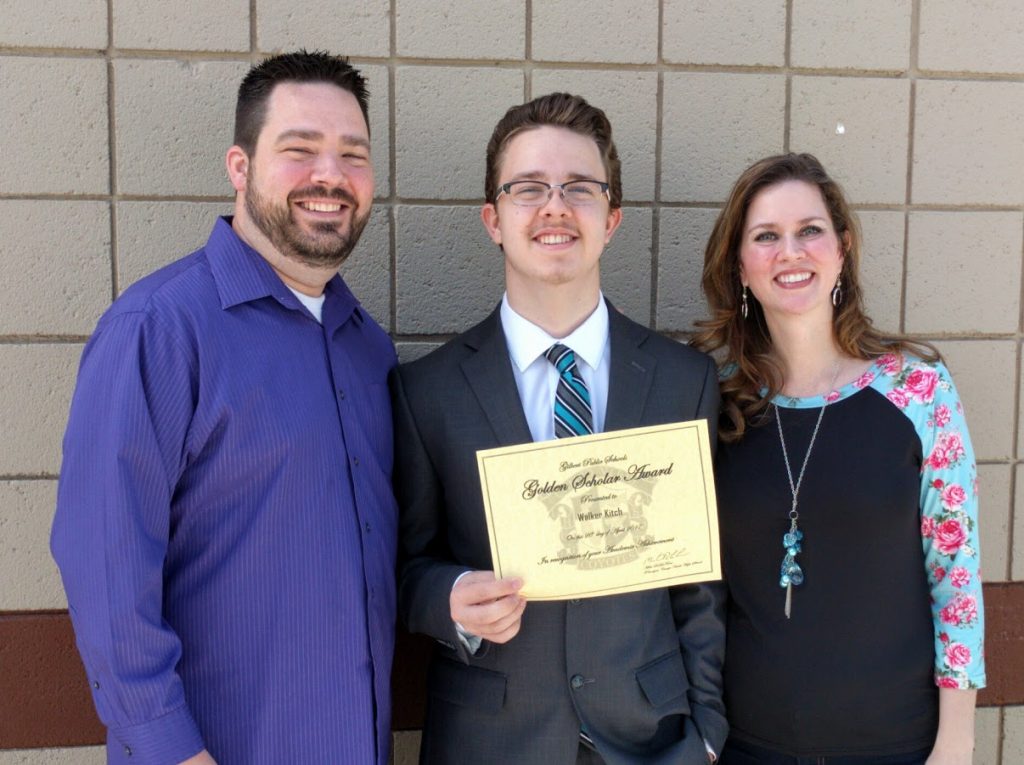 We are so proud of you Walker. You have proven year after year that education is important to you. You excel in your studies and are a wonderful example to everyone who knows you. Your brother and sister are so lucky to have you as their big brother to look up to and a role model. We couldn’t be more grateful to you for being such a shining example!!!
Congratulations son!!! 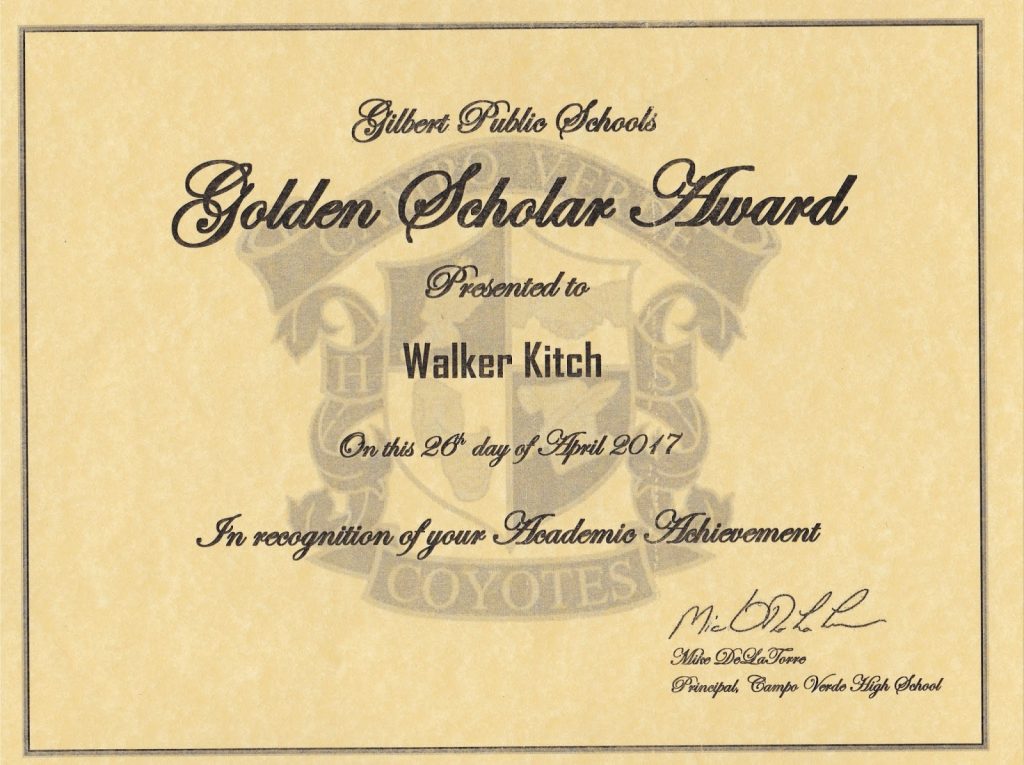 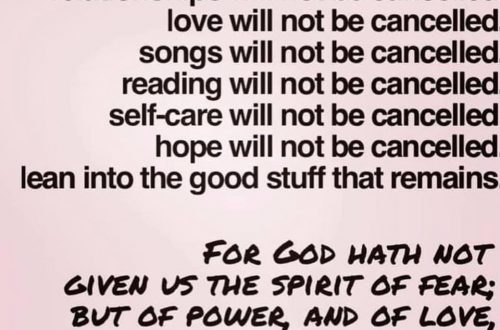 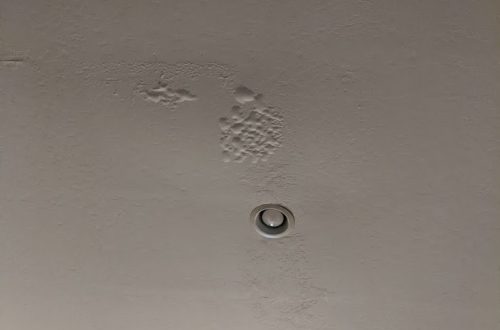 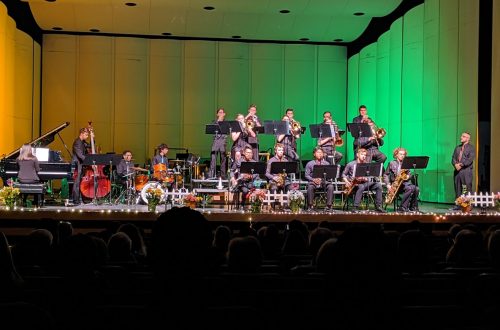