We spent Christmas Eve at Mom and Dad’s as is our tradition. Mom really wanted all the kids to perform a song either on their instrument or to sing one. It was pretty cute! 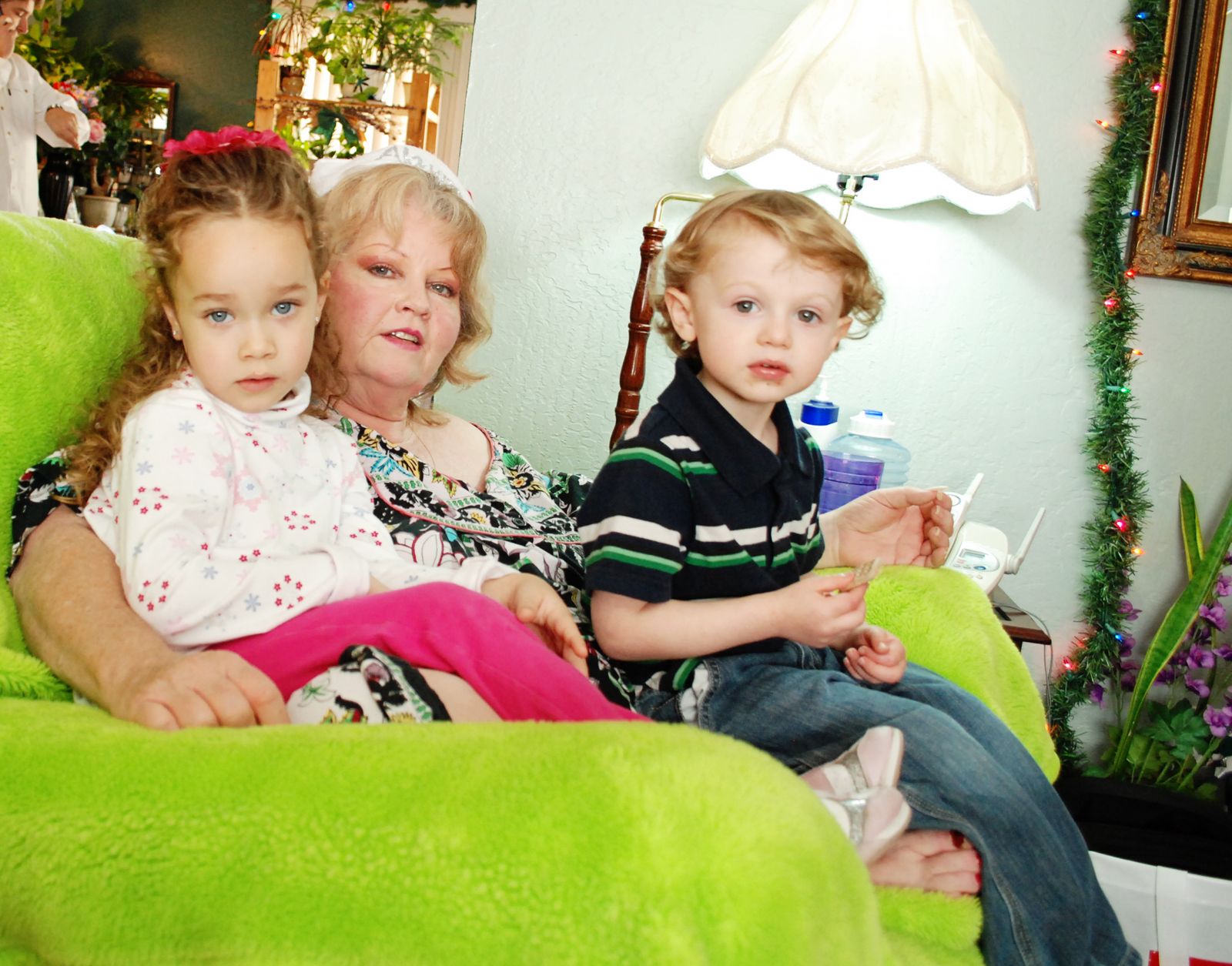 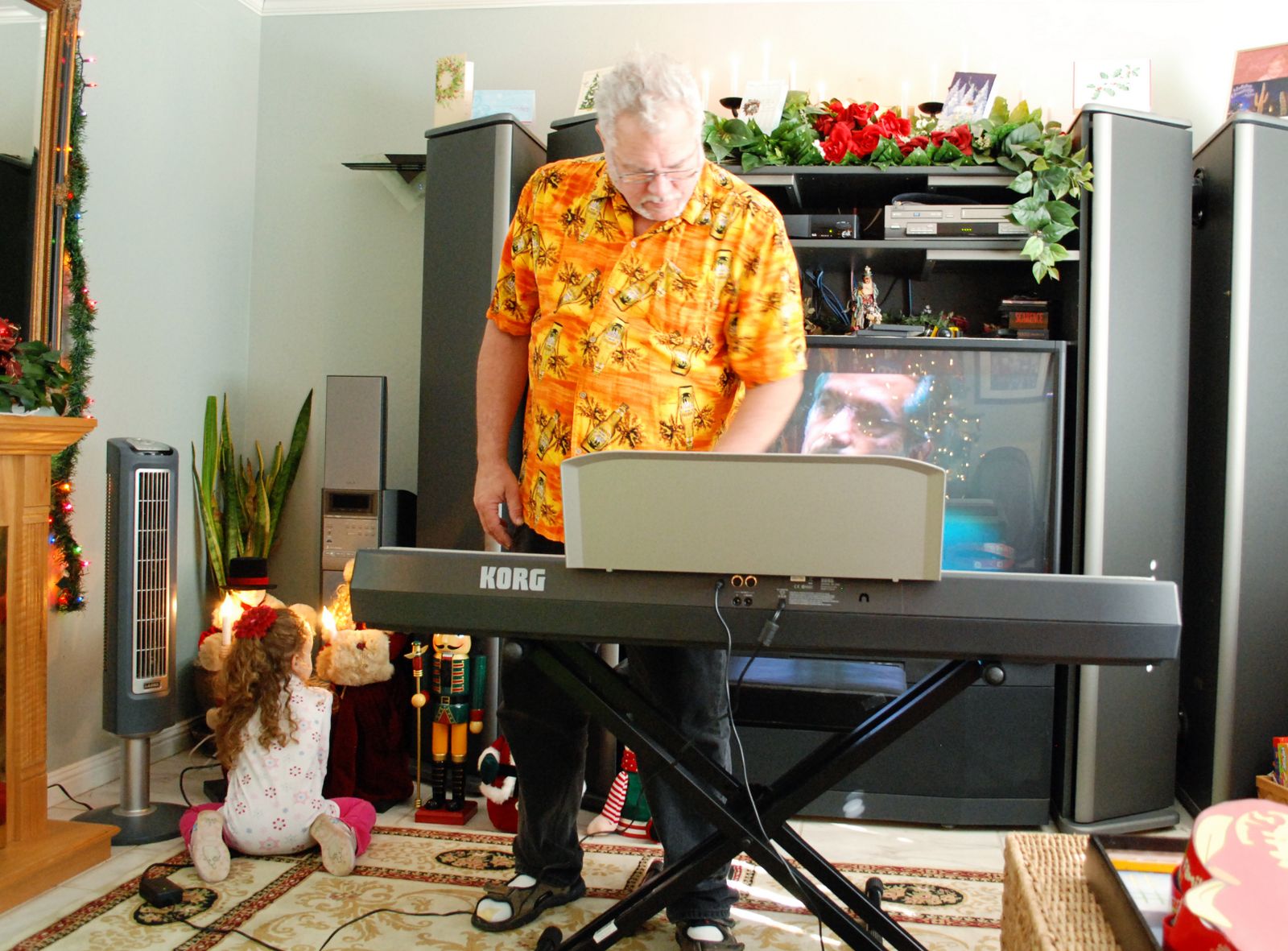 Dad got a keyboard from work for the boys to play some of their favorites on. 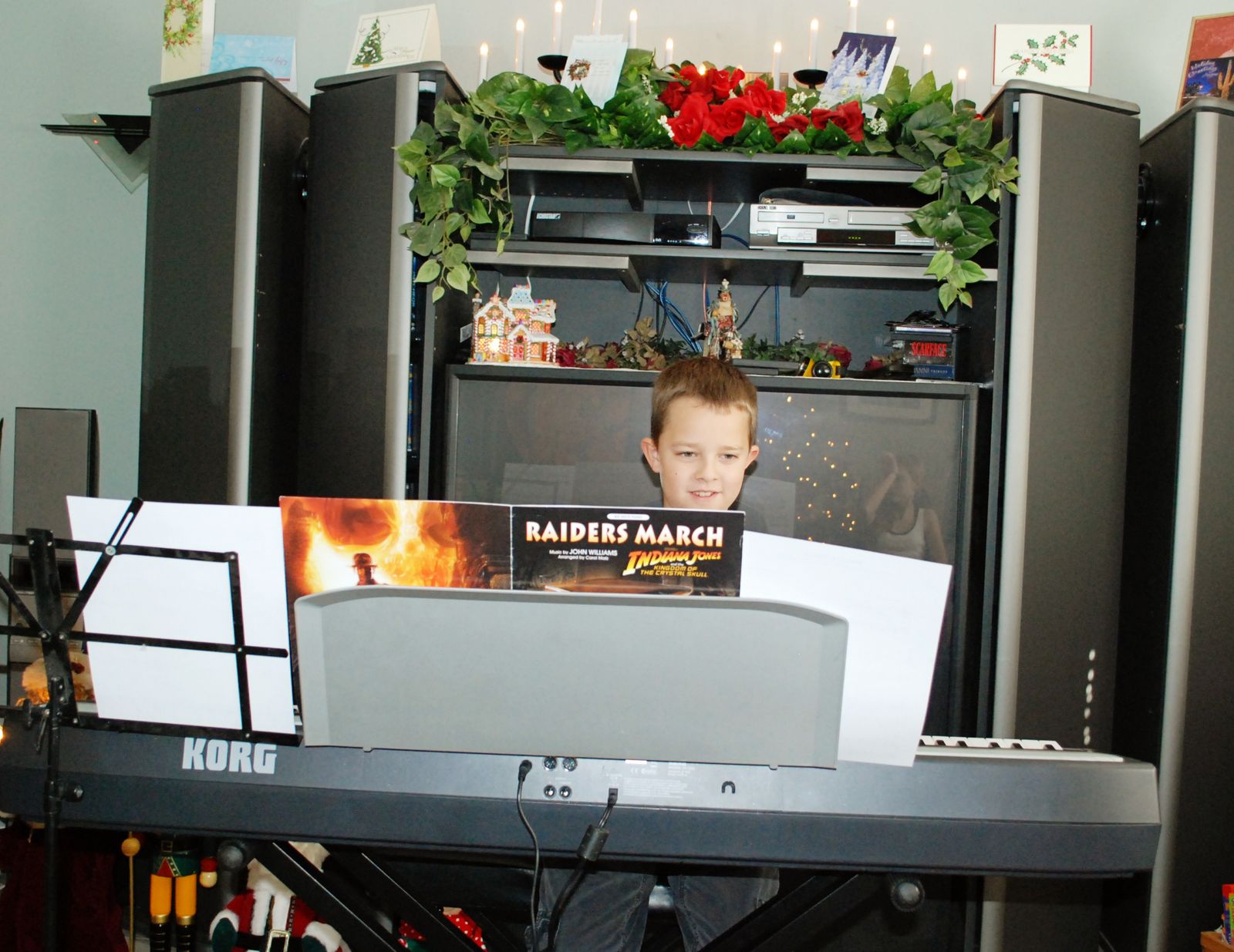 Walker really loves the Indiana Jones theme song..so that was one of his picks. 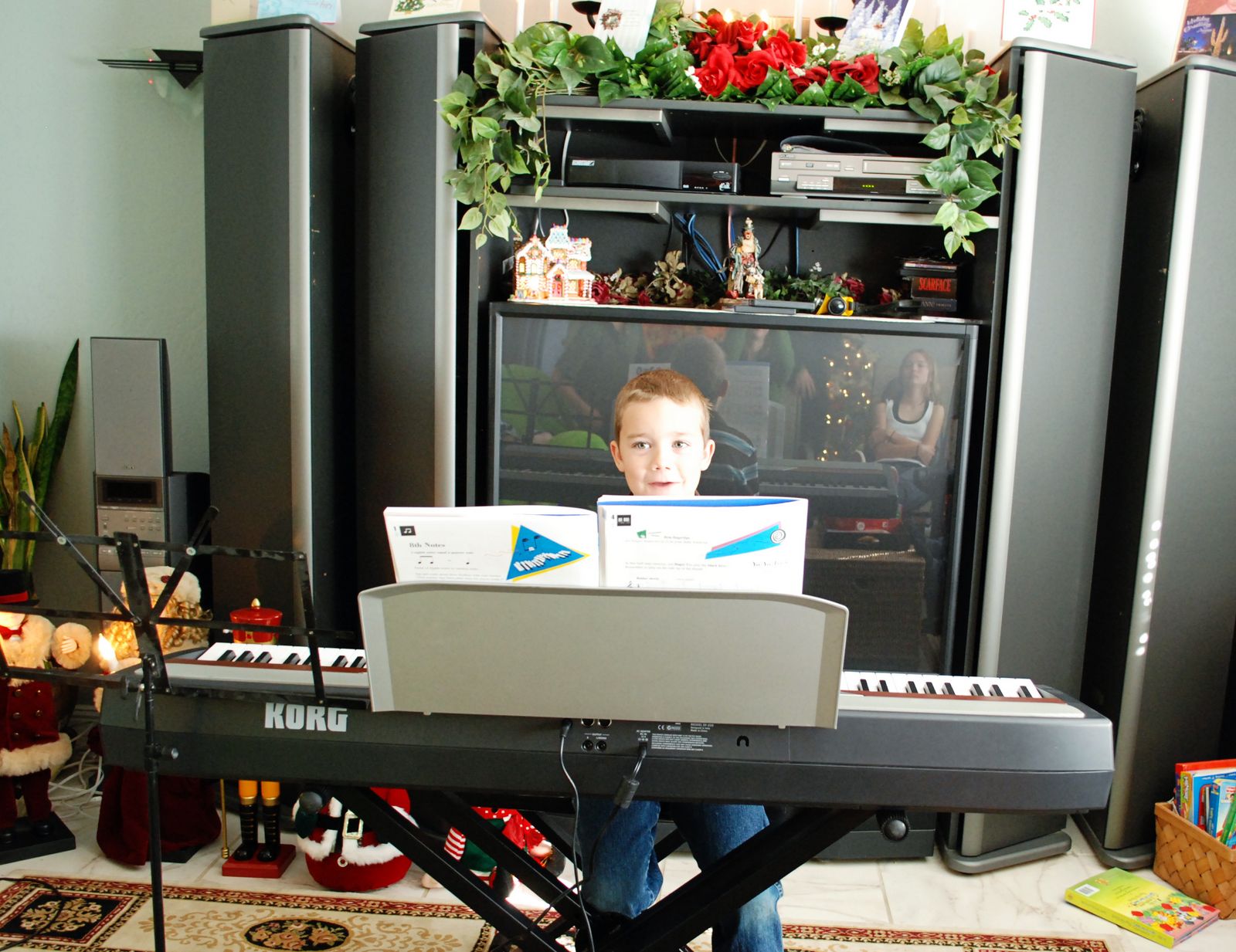 Eli couldn’t decide which to do so he played a medley of songs plus his own improv version! Grandpa was thoroughly impressed!! 😀 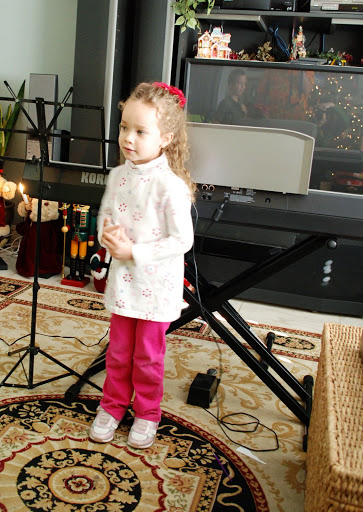 Alayna sang her own version of ‘Twinkle Twinkle Little Star’. She LOVES to make up her own words to songs. Some are quite hilarious! 😛 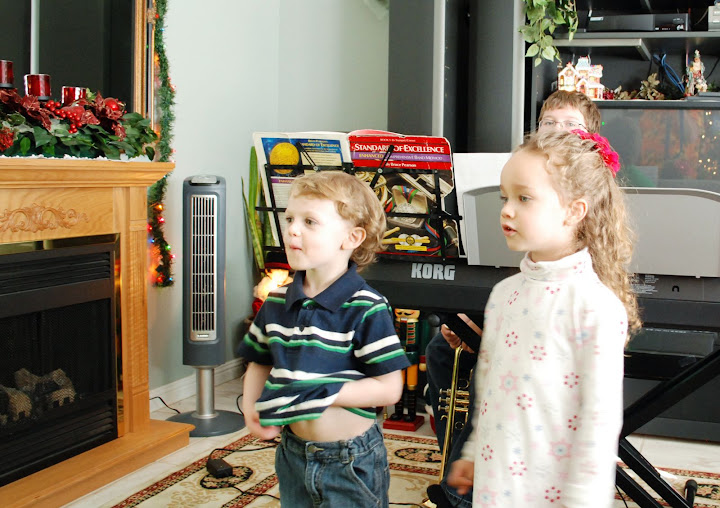 After Alayna sung it solo..Issac and her decided to make it into a duet. 😀 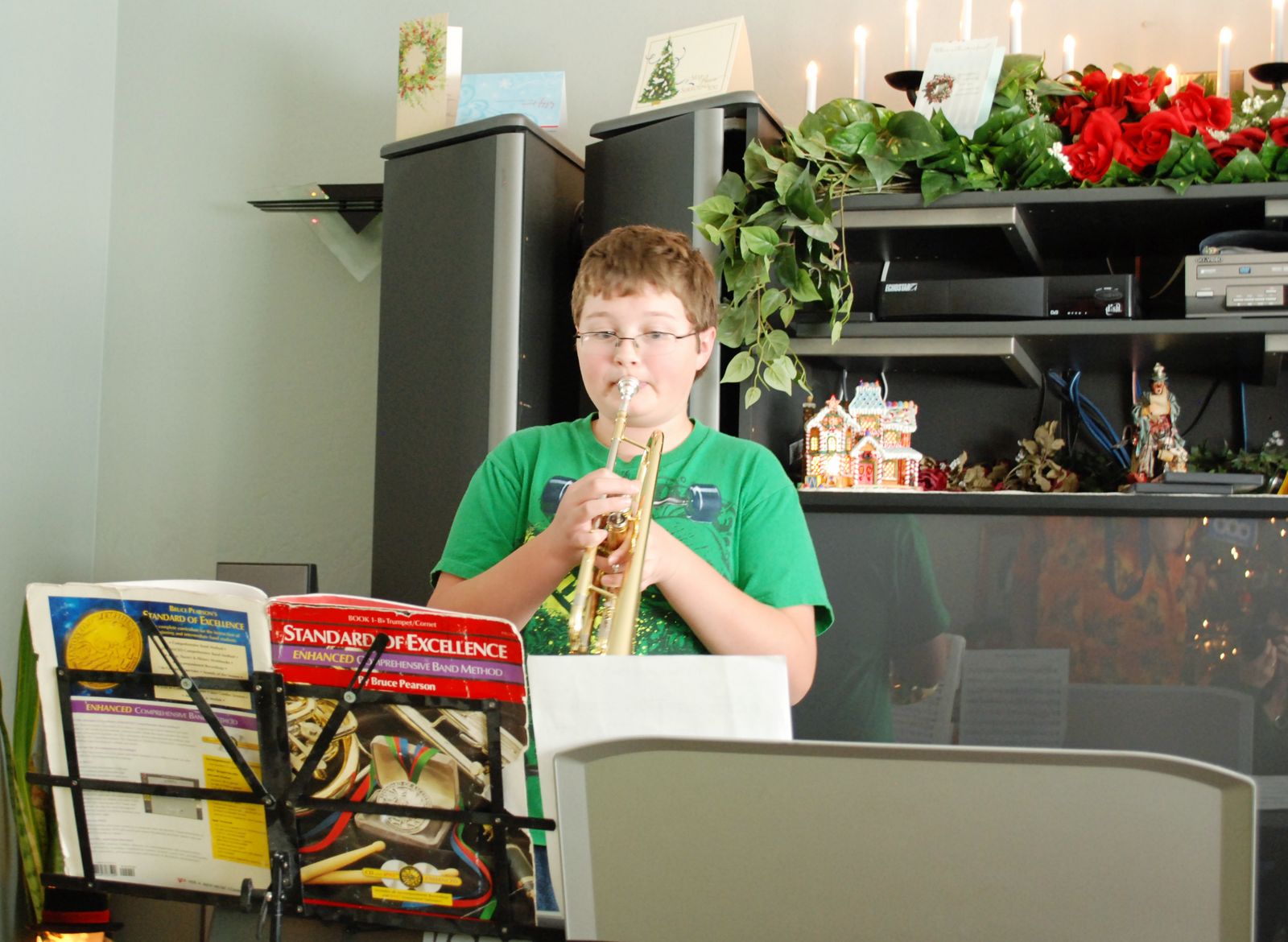 Dylan rocked it out on his trumpet. He played his piece from his band concert. He’s pretty good! 🙂
We opened gifts at home Christmas Day. The kids were very happy with what Santa brought them this year! 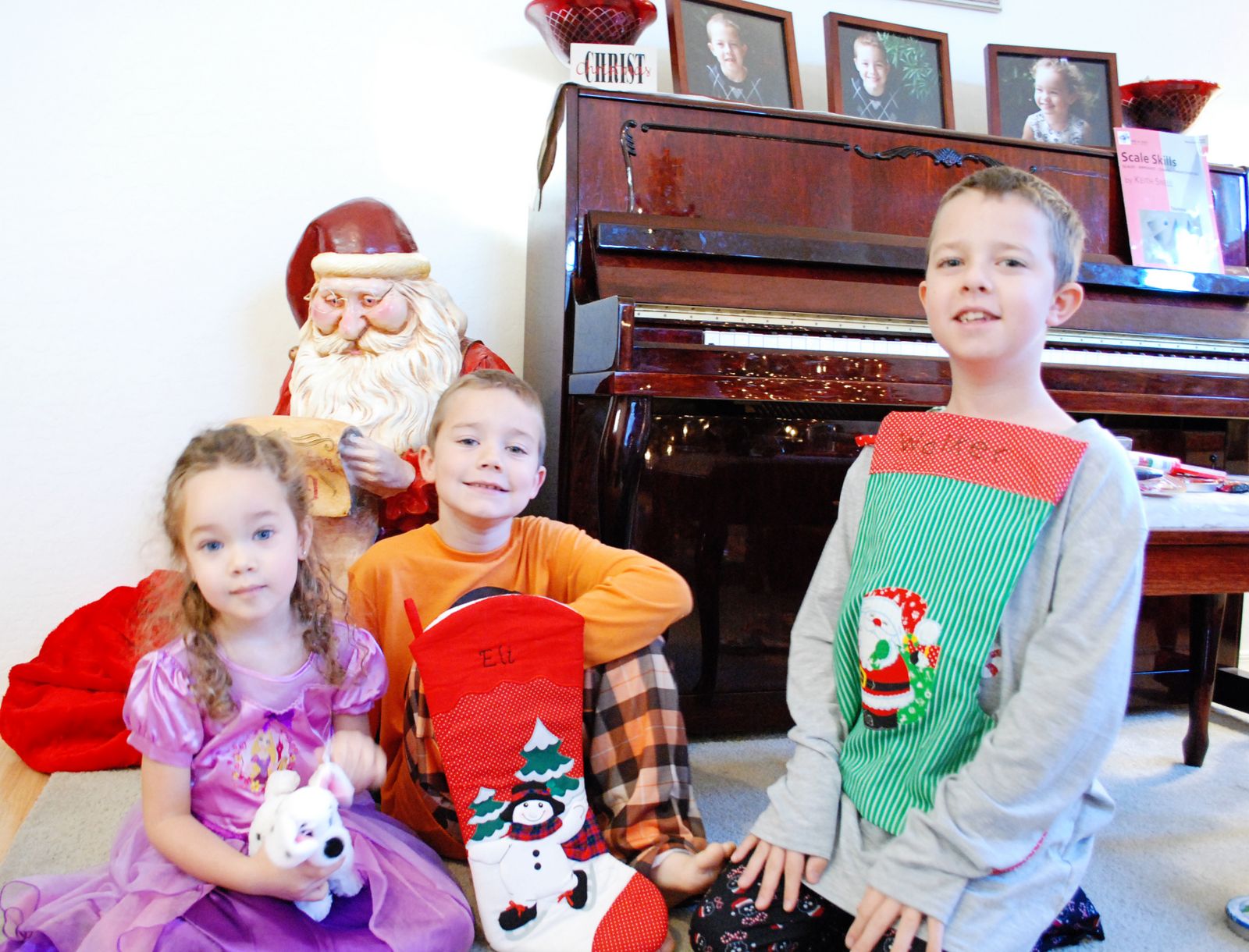 Our family tradition is to open new PJ’s on Christmas Eve. Aren’t they cute? 🙂 Don’t you love how everyone looks 1/2 asleep!?! LOL!

I took a lot of pictures of the kids and their gifts but most didn’t turn out so great. This fact lead to a purchase of an awesome new external flash at a later date. 😀 I did manage to get one of Alayna and an awesome gift Santa brought….. 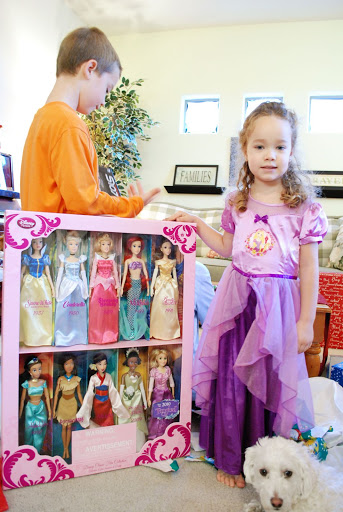 I was totally jealous of her Princess Barbie Collection. I almost sent Jared to go find me one! Hahaha! 😀
BTW- Don’t you just love how my dog sneaks into photo ops all the time! He cracks me up! LOL! 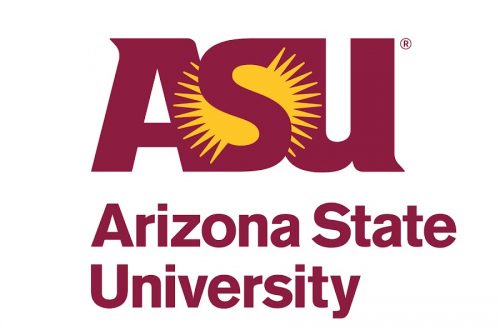 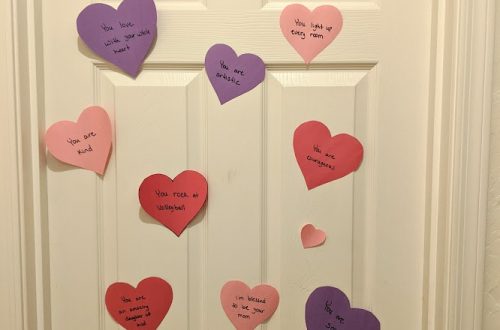 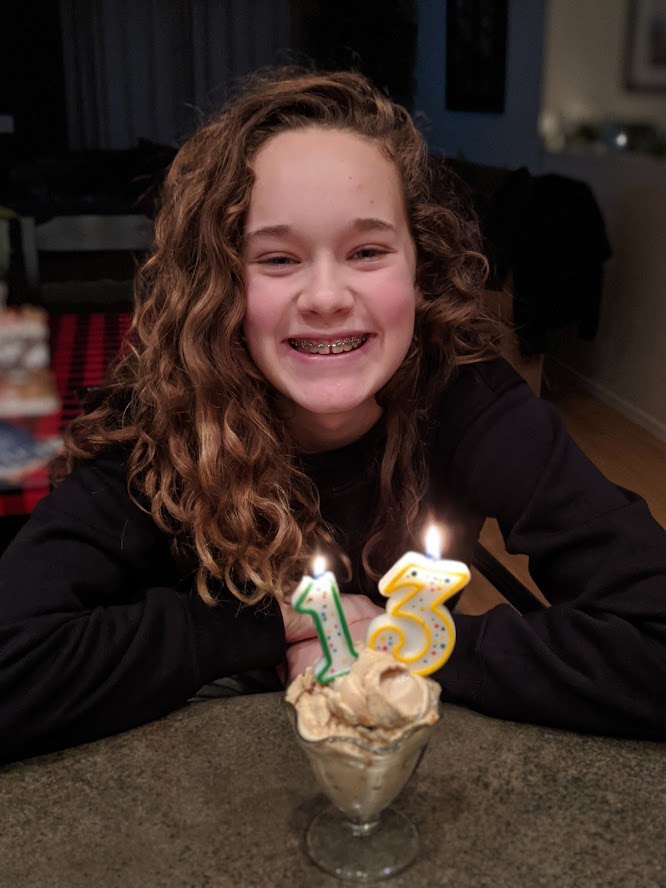