So for quite some time Walker has been having chest pains. They were at first intermittent and lasted a short time. Over the past while he started noticing that they come when he’s been feeling a lot of stress and the pains are lasting longer.

A couple of weeks ago I took him in to the hospital to get an EKG done. We got the results back and they said it was “borderline abnormal”. This worried us some.

We had a follow up with a Pediatric Cardiologist last week and they re-ran an EKG in their office and gave him full workup. After everything was said and done they feel that he is simply experiencing growing pains. The doctor said that the 1st EKG could have just been a bad test. Placement of the leads could have been off, he’s so skinny the machine could have been picking up signals bouncing off of his bones. She had a whole list of reasons why tests come back borderline abnormal.

She said he’s a growing teenage boy and a lot of times the cartilage and everything in there can bend and flex and put pressure on the heart. But assured us that it was all normal. He’s active and healthy and his heart beats sound normal. She told us if he was having pain brought on by exercise or having rapid heart beats then she’d be concerned.

I asked her if she thought he might be having anxiety or panic attacks since they tend to only occur while he’s under stress, and her response was that she didn’t think so. She couldn’t say 100% in fact it wasn’t, but that his symptoms didn’t indicate it.

I think doctors know a lot but they don’t know everything. Walker has been overwhelmed the past couple of months with school work, marching band, scouts, family duties ect. and I know the stress is taking it’s toll. Anytime you have an illness the first things they say to you is to eliminate stress, get adequate sleep, eat a balanced diet and get exercise. So together we all decided this is what he needed.

Last Friday we withdrew him from Marching Band. This freed up 3 hours every night for him to get his studies done.  He now can focus on his church and scout duties as well. He’s able to have some down time which he didn’t have any before. It has made the WORLD of difference in his attitude, his energy and he hasn’t had any chest pains since!!

We are so glad we made this decision. It was difficult to make since he would be leaving the other band kids short a member. There would be an empty spot on the field and since he plays bass drum it musically leaves a hole as well. We are guessing one of the other basses has to move down a drum to take his position. Which means he has to learn all new music.

We didn’t make this decision lightly. But with all these factors we had to make sure Walker’s health wasn’t being compromised. Some of the kids were hurt and upset to hear that he had to drop out, but we keep reminding him that he has to take care of himself.

Thankfully his teacher was incredibly understanding. He’s even invited Walker to sit with the band in the stands at games, he’s welcome to travel with them still, and he can stand on the sidelines while they play. He said he loves Walker and feels that he’s still apart of the group. It was so sweet of him to say that.

Yesterday he came home with a get well card from all of the other drummers and Mr. Kozacek. Very thoughtful!!

We are happy he’s doing better! 🙂 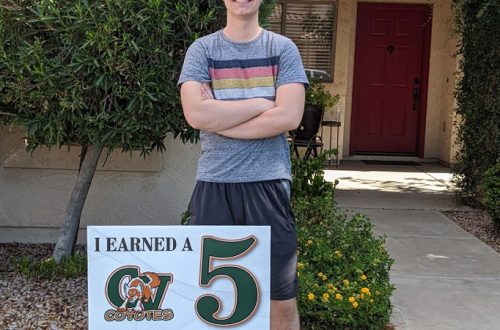 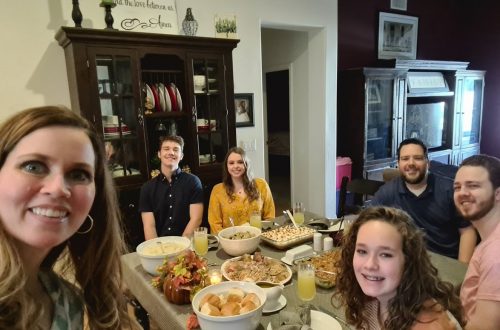