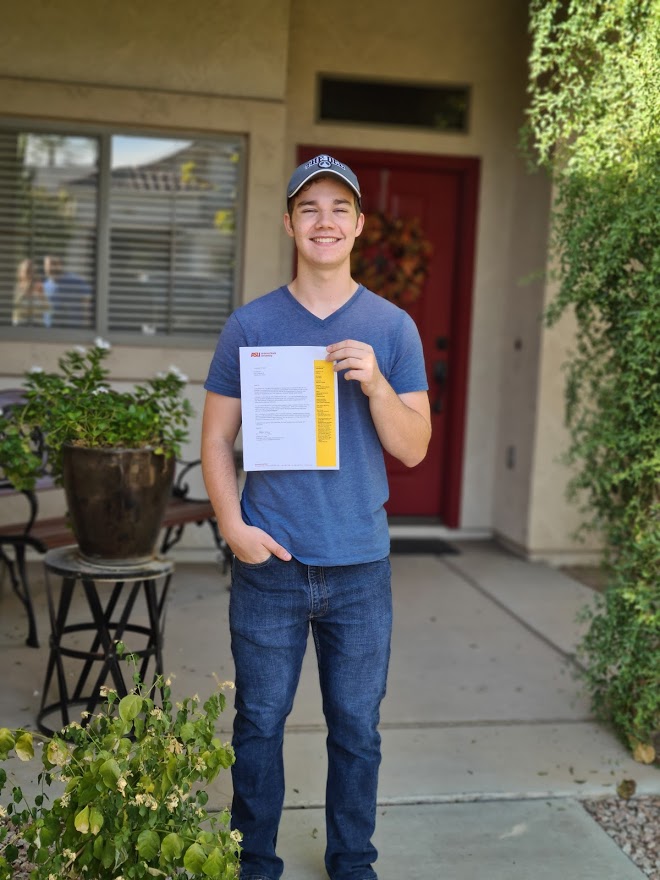 Eli has been training for months and preparing to apply to the Air Force Officers Scholarship Program. He’s been working out twice a day and researching everything he needs to know and how well he needs to perform to even have a chance.

He’s done all of this on his own. He just decided one day that this was the path he wanted to take and he literally ran with it ! LOL!

Part of the requirements to be in the program is that you have to meet certain physical fitness bench marks. He didn’t realize that he needed to run 1.5 miles in a certain amount of time. He’s been weight lifting and doing some crazy workouts but hadn’t been focusing on running until the last couple of weeks.

He spoke to his weights coach and set up a time for him during class to record his times on his run, sit-ups, and pushups. It had to be done by a teacher. He had 60 seconds to do as many sit-ups and push-ups in a minute and he just had to run 1.5 miles as fast as his legs could take him. The faster the better. 😛

This is the text we got from him afterwards…..

Eli rushed the math, he’s actually in the 94th percentile! I can’t even believe he beat his time by 52 seconds. That kid has the ability to DIG DEEP when it’s something he really wants! He’s always been the type to never call mercy or quit no matter what. I don’t know where he gets that from but it’s incredibly impressive … and a little scary. LOL!

I also love that he attributes his success to his giant bowl of oatmeal! Hahaha!

As you can see from this table he easily made the Liberator which is the minimum graduation standard. He hasn’t even begun so he’s ahead of the game! By the time he graduates (assuming he makes the program) I know he’ll be able to reach Thunderbolt, and quite possibly Warhawk! 🙂

Side note: How it’s possible to do more than a sit-up or push-up a second!?! That’s bananas!!!

His Senior year is BUSY! Not only is he trying to get accepted in the AFROTC he applied to ASU. He plans to study Software Engineering/Programming. He got his acceptance letter in the mail! It was an exciting day!

Let’s just pause for a moment and look at how handsome he is!!!!

I have to point out that this letter came BEFORE they received his ACT scores. He got a whopping 31!!! What!?!!!! He’s so smart!!!

So he actually qualified for the President’s Award Scholarship which is more! They just didn’t send another letter letting him know. It was just in his ASU portal under scholarship info.

Instead of the Provost Scholarship of $7k for 8 semesters over 4 years equally $28k, he will be getting $10k for 8 semesters for 4 years totaling $40k!!! Proud doesn’t even express my feelings. I need a bigger word! LOL! <3

Update: We just received his new letter today and it also invites him to join Barret, The Honors College for his outstanding academics!

He set a goal to not go into debt for college and he is well on his way to making that reality. The President’s Award is huge and if he also gets accepted into the AFROTC he will actually be making money!

He said that only 50% of those who apply to the AFROTC get a Board Review Meeting. And he got a call!!!! He is scheduled to have his on December 2nd!! This kid blows me away! <3

Some people estimate anywhere from 30-60% of the 50% that got the board get scholarships, most of which are type 7.

TYPE 2
Pays up to $18,000 per year in college tuition and authorized fees at any public or private institution with an Air Force ROTC detachment. Scholarship payment is further capped at $9,000 per semester or $6,000 per quarter. Type 2 selectees will also receive a monthly living expense stipend and an annual book stipend.

TYPE 7
Pays full (100 percent) college tuition and authorized fees (capped at the in-state tuition rate) at a public institution with an Air Force ROTC detachment. Type 7 selectees will also receive a monthly living expense stipend and an annual book stipend. Students offered a Type 7 scholarship will be given the option to convert their scholarship to a three-year Type 2 scholarship that can be used at out-of-state or private schools. A three-year Type 2 scholarship will start during the sophomore year of school. https://www.afrotc.com/scholarships/high-school/types/

After his Sophomore year he will need to be chosen for the 13- day Summer Field Training Course at Maxwell AFB, in Alabama. If he’s not chosen they will not pay for his last 2 years of school.

Upon graduating at ASU he will then be commissioned as an Air Force officer and he’ll serve at least four years on active duty.

Whew…that was a lot of info. and hopefully I got it all right! 😉

Big things are in store for this young man of ours. Jared and I are grateful for his initiative, work ethic, passion, drive, and his commitment to excellence. We are so thankful for all that he teaches us through his example. He really knows how to light a fire and be a light to everyone around him. <3 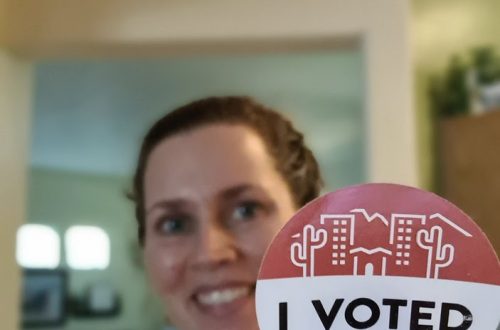 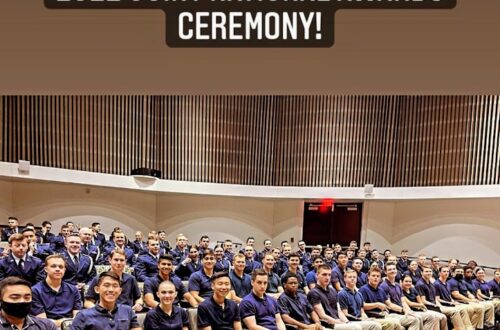 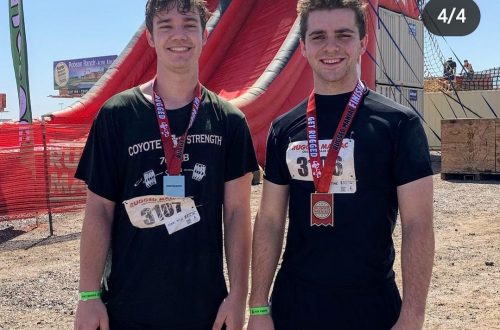