Kandid Memories
I was on my way over to my parent’s house to pick them up yesterday. My dad was scheduled to have a procedure done and he couldn’t drive after. My mom doesn’t drive, so I came to help out. On my way there, Mom was getting ready and she tripped over a cord and suit case in her room and fell on her right shoulder pretty hard.
By the time I arrived Dad had made her a make-shift sling out of a kitchen towel. He was thinking he needed to cancel his appointment but I told him I’d drop him off and take Mom to Urgent Care.
I called Dad after I had dropped him off and he said they won’t start the procedure until someone was there. So, my sister left work to go be with him.
Mom and I waited a long time to get her x-rays. The doctors and nurses didn’t believe she had hurt herself since she wasn’t complaining more. But sure enough, the x-ray showed that she broke the ball in her arm. She was having some numbness in her fingers too and the doctor was worried about that. So he said we should go to the ER to see an orthopedic surgeon. That’s the only way to see one same-day.
As we were leaving the doctor said she wins the best patient award! He’s never seen someone come in with that bad of an injury not screaming their heads off. She has an amazing tolerance for pain!!!
So Mom and I drove to the hospital and waited around some more. Dad finished up his procedure and Robin drove him over to meet us. However, he was very tender. He was told to go home and rest as much as possible for the next week or two. That didn’t happen. Poor guy! 🙁
It was getting late and I had to leave but Robin stayed with Mom and Dad. They all didn’t get home until 3am. The ER doctor ran more imaging and said that the break was so bad that the ball couldn’t just be capped. She would need to have it replaced and the socket as well. They call it a reverse shoulder replacement.
She’s scheduled to have surgery on Wednesday the 22nd. She’ll stay overnight and if all goes well she’ll get to come home on Thanksgiving day. 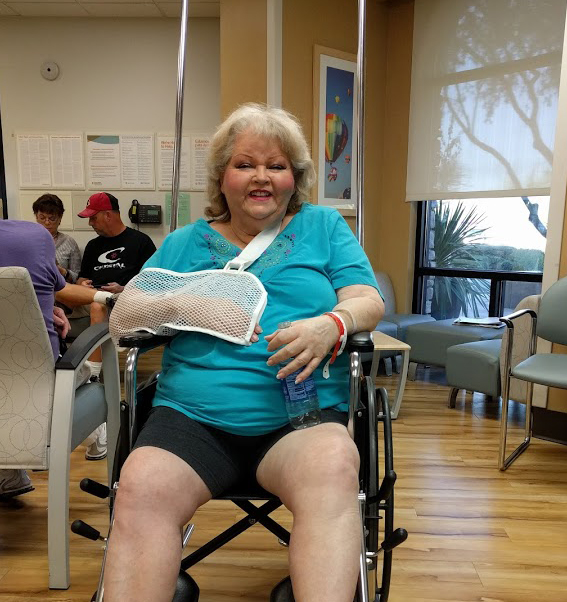 Isn’t she incredible? Who smiles when they’ve broken their arm?!?!
Waiting a week before having surgery is not going to be easy. I can’t believe she’s going to have to wait so long. Praying that she will be able to endure it! 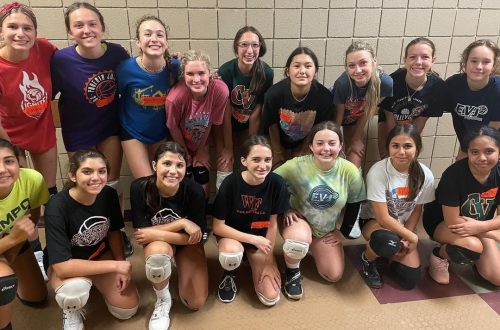 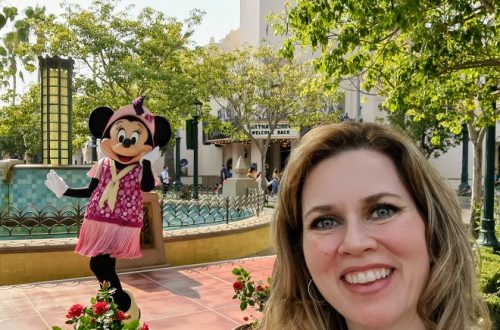 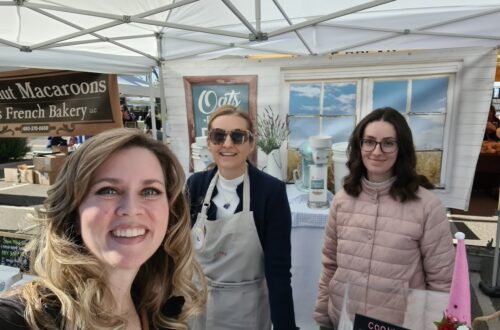